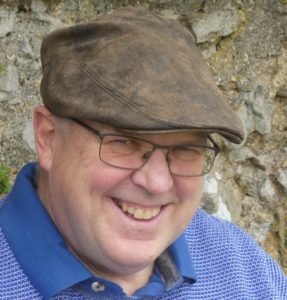 Welcome to Exminster Parish Council’s Virtual Annual Parish Meeting. It has been my privilege to be the Chair of the Council since last September. Prior to that I was the Vice-Chair.

At the APM, it is customary for the Chair to give a report on what has happened in the Council in the past year. Instead, this year I would like to depart from the normal as the past year has been anything but normal and to talk about volunteering. It just happens l that I am writing this in National Volunteer Week (1-7 June).

Last March we were incredibly fortunate to have the Westbank Healthy Living Centre on our doorstep who stepped up to provide services to those in Exminster who were shielding and needed support. They couldn’t have done this without the assistance of many volunteers who helped prepare and deliver homemade meals, did shopping, collected prescriptions and much more.

We have also seen fantastic work from individuals such as Steven Godbeer who works tirelessly to gather necessary items and delivers them to Exeter foodbank every single week and Rob Allen who set up the Exminster Community Print Farm in the Victory Hall to manufacture Personal Protective Equipment for key workers – all free of charge. Rob was helped by a team of volunteers and produced over 8000 visors and 5000 ear savers.

There are volunteers working with the Westbank Practice during the vaccination sessions. One volunteer recently said, “I saw four seasons this afternoon, rain, sun, snow and wind!”

A big thanks to the Trustees of the Victory Hall and the Deepway Centre. During this time, the reality of a Trustee’s responsibilities and personal liability came home when they faced fixed costs with very reduced income. They have done brilliantly though, and both venues have survived and are there to welcome people back.

These Trustees volunteer their time for the benefit of the wider community, as do the Trustees of the Feofees, St Martins Football Club, the Pre-school, the leaders of our uniformed groups, the committees which run the Panto and the film club to name just a few. Sadly, the Annual General Meetings of both the Victory Hall and Deepway Trusts hardly attracted any members of the public. Current Trustees are happy to continue in their roles, but we do need a new people who are interested in supporting these cherished institutions.

Parish Councilors are also volunteers. They aren’t paid and, although elected, are not party representatives. Despite the lockdown, much of the normal work of the council has continued and we have all come to learn and love Zoom. The Council has continued to look at planning applications, and in particularly those for the South West Exeter Urban extension (more commonly called the Matford development). We are seeking to ensure that the future Exminster Parish residents get the best development they possibly can, so topics we look at include the quality of the design and layout, the location of green spaces and play areas, how the actual developments fit together and are served by transport and cycleways. Another very active working party consisting of both Councilors and interested residents has been our newly established Environment group which promotes the Council’s Environment Policy and has been looking at topics such as electric vehicle charging, transport policy, and recycling.

We currently have four vacancies on the Council.  We have the power to co-opt people without an election so if you are interested in making a difference to Exminster why not volunteer as a Councillor or become involved with some of the Working Parties? If you are interested, then please send me an email and I would be happy to talk further about opportunities.

I hope very much to see many of you at next year’s Annual Parish Meeting in the Victory Hall.